The Saibamen - How it all began.

"How about Saibamen? They're irrelevant enough to make people chuckle"

We started on this journey only a few months ago, and look where we are now. We have a fully fledged website, relatively successful Facebook and Youtube accounts, and run semi-regular tournaments.

We owe it all to you, the community.

The whole reason we started The Saibamen was just to help promote the game in a region that struggles, and doesn't really have anyone else pushing the game with content.

Here's how it all began.

Chè & I with hair

Chè Austin & I had been involved in our small DBS community in Sydney for a few months, helping promote our local store Good Games Hurstville and drumming up interest locally. I took the judge exam and started helping out that way. When we briefly started and ran a Sydney DBS Subreddit to help new and existing players find others to game with and stores that run tourneys, we found that while it did help people in our small community, it didn't really do much to grow the community as a whole. It was tough to find, and only very narrowly targeted towards Sydney based players.

A couple of months passed and we spoke on and off about streaming some of our local tourneys, but we were both super busy with our other commitments, so the idea went on the back-burner.

Then one fine morning we were brainstorming what we'd call ourselves if we did start content creating and promoting the game. We wanted it to be Dragon Ball related, but not cliche. We didn't want to be the 100th Saiyans, and with our constantly joking attitude, we tried to think of dumb characters to base our brand around.

I think the first we thought of was The Ginyu Force. They was tossed aside pretty quickly because although they are dumb (in the most endearing way) characters, they are also fairly popular. We then thought The Para Brothers may be a good shout. These guys are ridiculous characters from GT that make their opponents dance to disable them. The problem with them is that neither Chè nor I are massive fans of GT, so we put them in the maybe pile and kept brainstorming.

Then, it hit us. What is one of the most recognisable memes from the DB universe? Dead Yamcha!

The wretched Saibamen made that happen, and they are a great fit for a memey character to base our brand around!

That was it, we were off. We created our Facebook and Twitch accounts immediately, and I started to flex my extremely limited Photoshop skills to create this masterpiece...

Isn't it disguising? We wanted to portray Chè's New Zealand Heritage and my Australian heritage, so we added the flags, the DBS logo because that's what we're all about, and the cute Saibamen sprites... they were the only thing that survived. This logo lasted less than a week, because it was very obvious then how hideous it was. I came up with a much cleaner logo pretty quickly, which is what we use now.

Once we had branding sorted, we started to put our feelers out there. We did a couple of streams over the next few weeks and garnered a tiny amount of interest.

We streamed our first larger event, the NSW Store Championships, in which I took out first place with my degenerate Victory Strike deck!

We were constantly supported by our loving cheerleader Michael 'Spinach' Sincich. He likes all our posts, and gives us his useful opinions on all our content. Here's a pic of him:

I then began working on our website. Initially it was just a place for Australian & New Zealander players to find local tournaments, but it is quickly growing into what we want it to be; a hub for DBS news and content for Oceania and beyond. We are constantly trying to improve and provide more and more content for the community, without paywalls. We think the only way this game is going to keep growing is for people to volunteer their time to help it.

That being said, the overheads were adding up and we were heavily out of pocket - which we knew would happen, this wasn't about making money. We needed a sponsor.

That's where The Midian Guard came in. Andy contacted us and we spent a few weeks talking about how we could help each other grow and help the community while we do it. TMG is a solely DBS focused set up that sells DBS singles and runs community tournaments. Andy puts a hell of a lot of effort into helping the community, so we thought right away that TMG was a perfect fit for us.

TMG X The Saibamen was born. We celebrated our alliance by running a successful win a box tournament the night before the Melbourne Regional Championships, and continue to collaborate on more and more, with Andy supporting us to keep our content coming.

We then started this blog, initially beginning with some small decklist posts, and expanding to card previews and opinion pieces. I wrote about my experience at Melbourne Regionals, and we brought on "The Spice King" Chris Trevenar to do his own semi regular column. Jason OCE offered his voice over services to us for our Deep Dive series on YouTube!

We also ran a Store V Store tournament in Sydney which garnered significant interest. We want to continue hosting events similar to that one, because it gives the community a different take on the game. 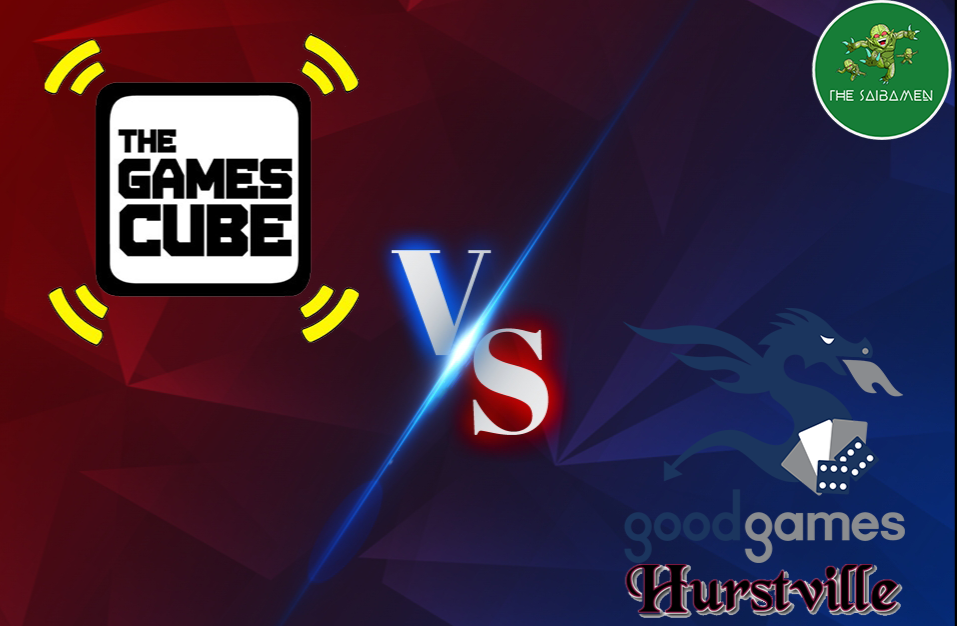 For me, the best thing about it all, is when a new person shows up at my local store, and tells me that they saw our posts and wanted to get into the game because of them. That's what it's all about, bringing fellow Dragon Ball fans together.

That brings us to today. Here we are, one day out from the Brisbane Regional Championship, which we sadly won't be able to attend. We will be covering the event though. Doing decklists, interviews and articles, so keep an eye on our Facebook and Youtube for content.

I hope you enjoyed my little look back on how we it all began!

Jump on and support Andy at The Midian Guard, where you can get DBS singles at a great price, while also helping put money back in to the community. For this Championship weekend only you can get 10% off orders of $15 or more store wide when you enter saibamen in the promo code box. Orders over $30 include free delivery.

If you like what we do, and want to see it continue, help us with running costs by donating here:

Big Bans and Essential Erratas - What this means for the game

How to handle Janemba - A Towa Player's Guide

THE CHAMP IS HERE! - An interview with Christopher Cheong.